We will send your exclusive plan to:

Ok
Hang in there - we'll be in touch soon!
Please enter your email address.

THE SMARTER AND
WORRY-FREE COMBO PLAN

Thank you for your interest! We will reach out to you very soon. 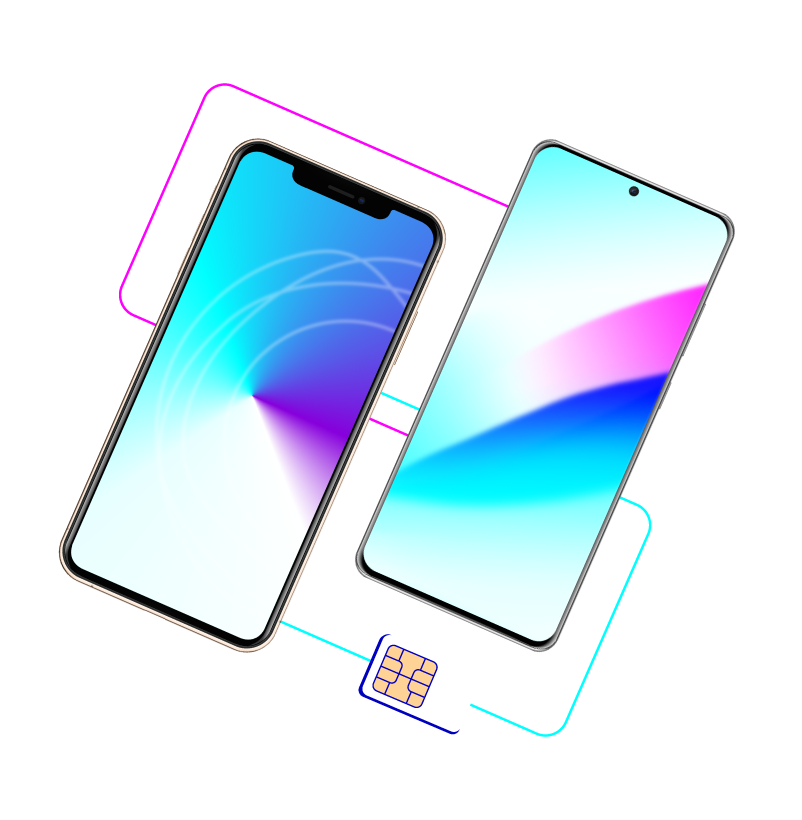 Browse phones
Set up a virtual 1-on-1 video consultation here. 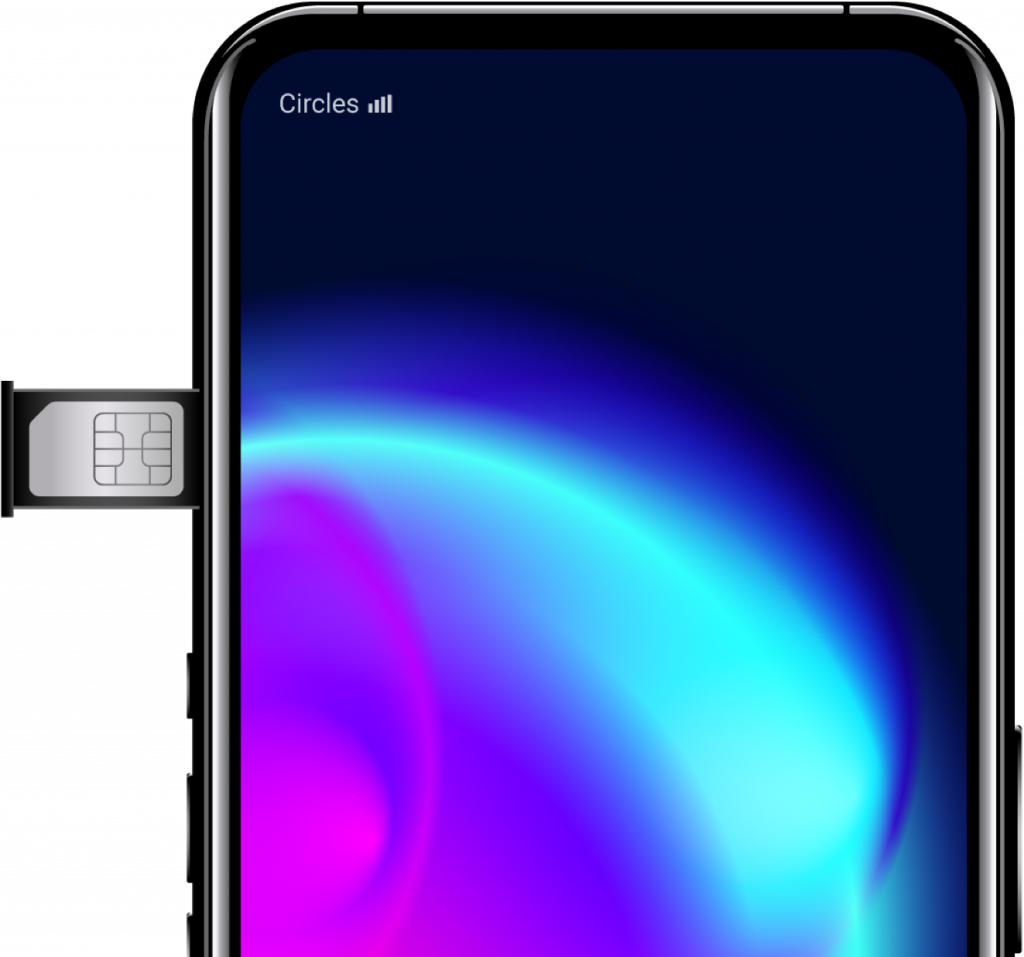 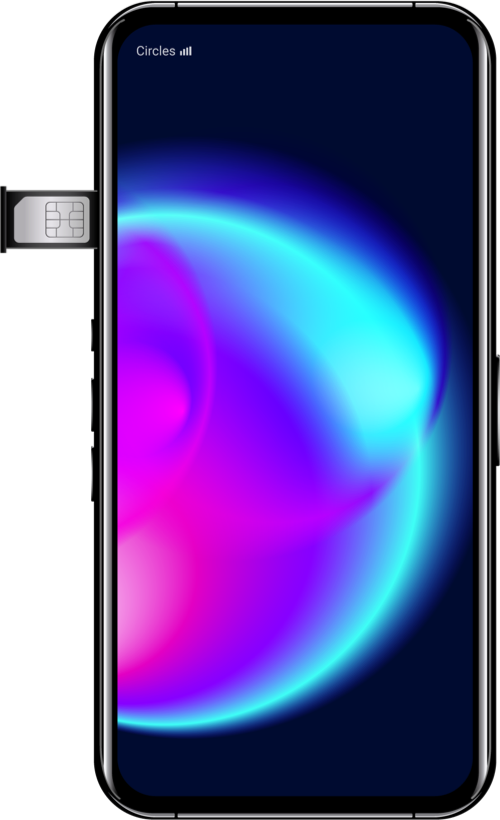 Get my iPhone 12
Browse phones

DON'T RECONTRACT FOR THE

Get back up to $249 with the Better Combo Plan

THE SMARTER AND WORRY-FREE
COMBO PLAN

Get it now
Browse other phones 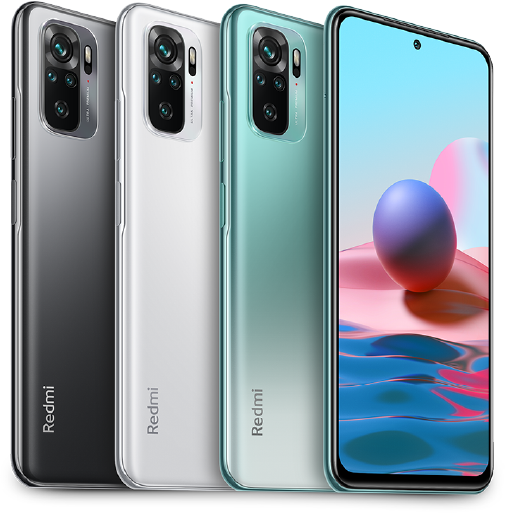 Recontracting doesn’t give you these exclusive benefits. Save more with the better Combo Plan.

We don’t lock you in to 2-year mobile plans.

Recontracting doesn’t give you these exclusive benefits. Save more with the better Combo Plan. 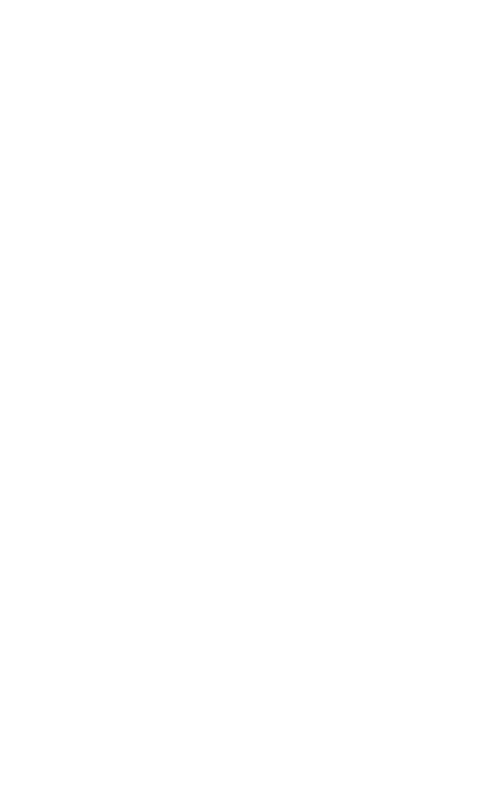 We don’t lock you in to 2-year mobile plans.

Lose the contract. This is the smartest way to get the latest phones.

If value-for-money is your number one priority, Xiaomi is certainly the next big name to consider. Designed to suit a spectrum of distinct lifestyles, Xiaomi’s mobile phones wield a galore of cool features that keep you fueled through the days. Plus, with devices across various price points, you’re sure to find one that matches your budget.

Whether you prioritize gaming, cameras, dual sim functionality, 5G compatibility, or anything else in between, Xiaomi’s diverse catalog stands out from the pack.

Swayed yet? That’s not all, though. Get more than what you pay for with Circles.Life, the telco that plays big when it comes to value. Score the latest Xiaomi mobile phone with our Combo Plan and get more data, more flexibility, more freedom – nothing better than that.

Once a small tech startup in China, Xiaomi has since built a global profile based on mobile phones with eye-catching designs, high-quality cameras and powerful specs – all complemented by the brand’s range of tablets, laptops, wearables, TVs and smart home products.

Today, Xiaomi is dubbed as the world’s third-largest smartphone maker, making waves and proving that its glorious selection of phones is hitting the sweet spot with users from all walks of life. 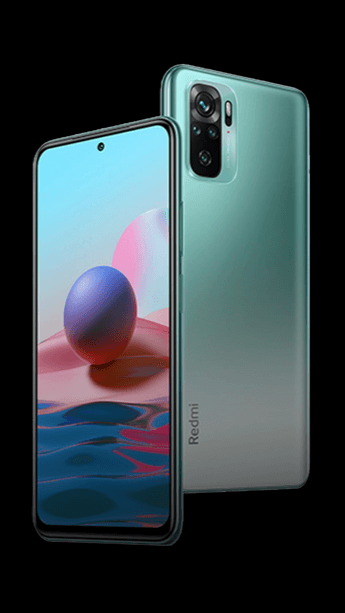 Xiaomi is big on variety, which means there is a stack of different lines to choose from when you’re looking for a new phone. The brand has several distinct lines made up of numbered phones – such as the Mi 11 – and each of these devices may have several offshoots at higher or lower prices. Looking at the entire catalog as one can make things a bit confusing, but once you familiarize yourself with each line, it becomes clear how much freedom you have to choose based on your preferences.

Xiaomi’s Mi series is the brand’s core offering and includes most of their biggest releases, giving you the flagship experience that’s easier on the pocket. Most premium Mi phones come with Lite, Pro and Ultra variants, often with a series of ‘T’ variants released at a later date. You can expect phones in the Mi series to come with the best cameras, displays and processors, along with 5G compatibility in newer models.

Xiaomi’s Mi Note series is a selection of mid-range phones offering lower cost alternatives to the primary Mi range. While Mi Note phones generally have fewer features than the more premium models, it’s reflected in the price – which makes them a win for the budget-conscious crowd.

Mi Mix is a unique flagship series of smartphones and phablets focused on breaking new ground with daring designs. Though they aren’t released as frequently as phones in the core Mi series, devices like the Mix 3, Xiaomi’s slide phone with a camera hidden under the display, have made big headlines over the years. The likely release of the first Xiaomi foldable phone may also come under this line, paving the way for more versatile handheld devices.

For fans of the phablet, the Mi Max is where it’s at. The Mi Max 3 came close to being the first Xiaomi 7-inch phone, with an enormous display measuring 6.9 inches. Max phones are impressive on the spec sheet given the sheer size of their screens, often boasting big batteries, stereo speakers and powerful processors.

Most Mi phones run on MIUI, the brand’s custom Android skin. For users who love the classic Android experience, Xiaomi launched the Mi A series with mobile phones that run on Android One – a near-stock version of the operating system. Models in this line vary from budget-friendly phones to more flashy devices too.

Xiaomi owns a number of offshoot brands that also offer some great phones. Redmi began as the cheapest line from Xiaomi but has since evolved with a wider range of models, and the Pocophone selection has also featured some strong releases over the years. Black Shark is Xiaomi’s gaming phone brand, focused on powerful hardware that can drive the latest Android games with great performance – though the brand’s main lines still have something to offer in this regard.

5G phones for a new era of blistering connection speeds

As Singapore shifts to a 5G network, a Xiaomi 5G phone is the perfect way to ready yourself for insanely fast connection speeds. Prepare to say goodbye to lag and the dreaded buffering symbol and start enjoying interruption-free movies and video calls along with silky smooth online gaming experiences.

To elevate the way you live your digital life, Circles.Life has also rolled out our premium Circles.Black program. Join the club and get first-in-line access to our 5G mobile data services, amongst other perks such as an annual $200 phone upgrade voucher, device insurance and more. 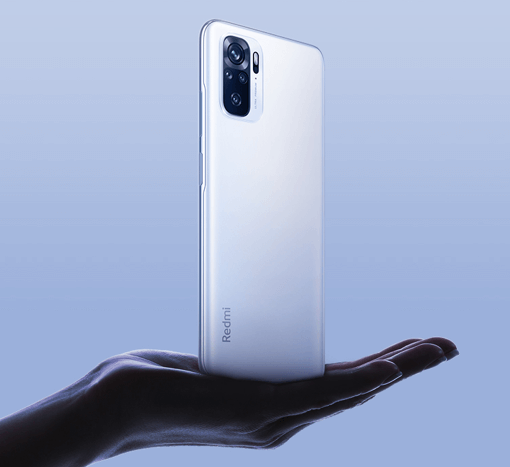 Does Xiaomi have a foldable phone?

The much-hyped Xiaomi foldable phone is expected to finally arrive in 2021, giving users the opportunity to own a smartphone and tablet in one brilliant and versatile device. Foldable phones are one of the biggest innovations to hit the market in recent years, with most smartphone makers having released or preparing to release at least one model in this category – Xiaomi isn’t behind the race either. 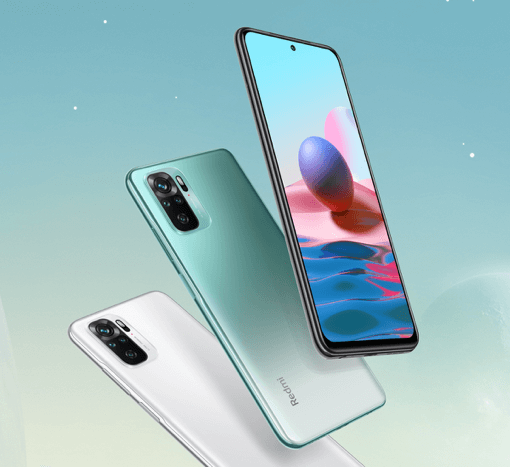 Getting the best value from a new Xiaomi phone

Xiaomi fans in Singapore, there’s no need to handcuff yourself to a lengthy mobile contract just to get a new phone anymore. The Circles.Life Combo Plan gets you your choice of Xiaomi handset, a SIM loaded to the brim with data and access to a stack of optional add-ons to sink your teeth into – all without a lock-in contract tying you to the plan. With Circles.Life Combo Plan, there’s nothing you can’t do. We’re changing up the telco game by giving more power back to you, and that’s how you unlock the best value.

Most Xiaomi phones have a single front camera, but recent flagships like the Mi 11, 10, 10T Pro, Poco X3 and Redmi Note 10 Pro are known to boast the best selfie lenses. Look out for added features like Selfie Night Mode, AI beautification and portrait mode with depth control.

Yes. While most of the cheaper models only support single SIM, Xiaomi’s recent flagships – including the Mi 11, Mi 9T and Redmi Note 10 Pro – typically have dual SIM compatibility.

What are the best Xiaomi gaming phones?

Xiaomi’s sub-brand Black Shark is dedicated to gaming phones, but the company’s standard lines are also powerful enough for solid gaming performances. Flagships like the Mi 11, Mi 10T Pro, Poco X3 and Redmi 9 are, too, built for gamers. Ultimately, you want the phone with the most powerful processor, biggest memory and expandable storage.

Not in the market for a phone? Check out our freaky fast 4G SIM-only Plans. 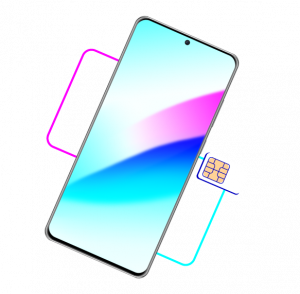 Recontracting doesn’t give you these exclusive benefits.

Schedule your exclusive concierge consultation and we’ll walk you through the details. DON'T RECONTRACT FOR THE 12

RUMOUR OR NOT, GET IT WITH THE BETTER COMBO PLAN

DON'T RECONTRACT FOR THE 12

RUMOUR OR NOT, GET IT WITH
THE BETTER COMBO PLAN

Especially designed for you to pair with any phone.

Browse phones
Set up a virtual 1-on-1 video consultation here. 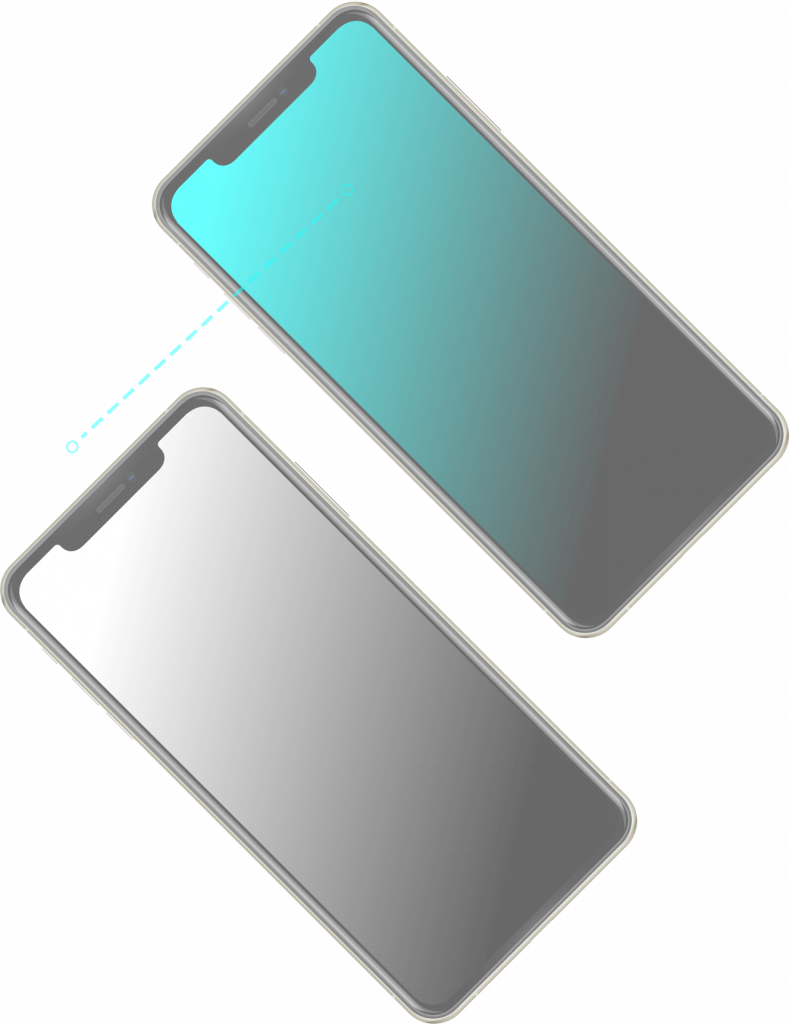 Contracts could cost you more

Pay the smarter price with better benefits on our no-contract combo plans.

DBS/POSB credit cards must have a full phone cost limit available to apply.

Contracts could cost you more

Pay the smarter price with better benefits on our no-contract combo plans. 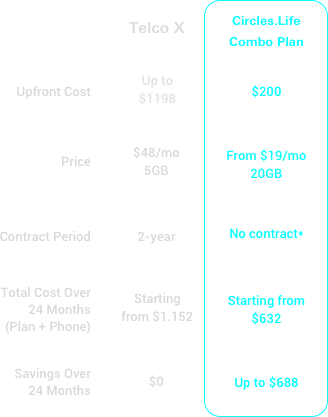 DBS/POSB credit cards must have a full phone cost limit available to apply.

Not in the market for a phone? Check out our freaky fast 4G SIM-only Plans.

COME FOR THE SMART VALUE, STAY FOR THE BEST EXPERIENCE

No-contract plans save you money in the
long run & give you plan flexibility.

COME FOR THE SMART VALUE,
STAY FOR THE BEST EXPERIENCE

with the customer support team.

No-contract plans save you

money in the long run

& give you plan flexibility

TRANSPARENCY IS IMPORTANT TO US

The contracts you’ve known forever hide a lot of “if’s” and “but’s”. We know customers deserve a better experience they can trust.

What is the Circles.Black Combo Plan?

The Circles.Black Combo plan is for customers who choose to purchase a SIM card with their phone. It includes 100 mins of outgoing calls, Free incoming calls, 20GB/month of data & Free caller ID.

See all FAQs
Leave us your email and we’ll let you
know when your favorite phone is in stock.
Hang in there - we'll be in touch soon!
Please enter your email address.

Hi there, what are you looking for today?

Getting a new SIM-Only Plan

Speak to Aziz & Li, our new Senior Customer Support to show you how.

Kai, our Junior Customer Support is happy to explain!

Learn more
Leave us your email and we’ll let you
know when your favorite phone is in stock.
Hang in there - we'll be in touch soon!
Please enter your email address. 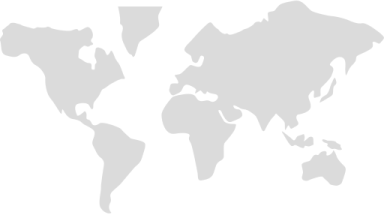